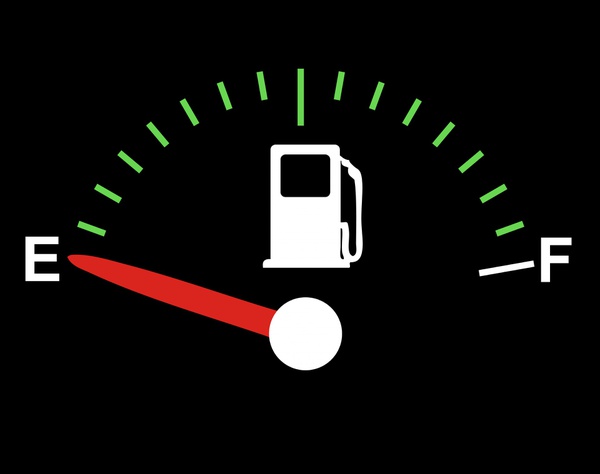 The chances are your 4wd won’t be winning any awards for fuel economy. It’s just the way it is. It takes a decent-sized engine with a bit of grunt to pull your vehicle through the rough bits, and that means fuel consumption is going to be higher than an everyday car. Modern diesels are a lot more frugal than they used to be, and that helps, but off-road vehicles are still thirsty beasts.
That’s a bit of a problem, because if you’re really hitting the bush you need to be self-sufficient in fuel. Places to fill up can be pretty far apart and you need to have enough to get to the next one with a decent reserve. Fitting long range tanks is always a good idea if your vehicle will take them, and you can carry a reserve in canisters, but the less you use the less you have to carry – or the further you can go. Improving your fuel mileage as much as possible makes a lot of sense and expands the horizons of where you can go off road. So how can you do it? Here are some tips.

• Don’t carry unnecessary weight. Every extra kilo your engine needs to drag around burns more fuel – that’s down to the laws of physics and you can’t change it. What you can do is reduce the amount of weight. Don’t keep the vehicle loaded down with extra spare tyres and roof tents when you’re just driving round town. Look at your touring gear, too. If you always carry something but never use it then, unless it’s emergency equipment, maybe it can stay at home.

• Stay on top of servicing. A dirty air filter can reduce your engine’s efficiency and add a couple of litres per 100km to consumption. So can old oil, worn bearings and everything else between the radiator and the wheels. With a well serviced engine you’ll notice better performance for less fuel.

• Watch your tyre pressures. Sometimes you need to lower tyre pressures to cross soft ground. Make sure you reinflate them as soon as you can. Soft tyres increase rolling resistance, and that burns more fuel. You’ll also get faster and uneven wear, so you’ll have to replace them more often. Get a set of good deflaters and a compressor and use them.

• Think aerodynamic. 4wds aren’t the most streamlined vehicles out there, but there’s no need to make them even worse. Hanging stuff off the outside will disturb the airflow and create resistance, and that means burning more fuel. Pack as much gear as you can inside; cover roof racks and cages with a tightly lashed tarp to smooth the airflow. Air resistance increases at the square of your speed, so if you do have a lot of gear and accessories outside ease off on the gas a bit.

• Watch your driving style. And that brings us to the last point. The way you drive is going to have a huge effect on kilometres. Keep a steady speed whenever you can, because it’s a lot more economical than constantly losing speed and having to pick it up again. Again, that’s just physics – you have to apply more force to accelerate an object than to keep it moving. Most of this is stuff you should be doing anyway – keeping loads inside helps stability, braking and acceleration are the times you’re most likely to lose control and keeping your engine in good shape is just common sense. But doing them will save fuel, too, and that saves you money and lets you make longer trips. You can’t lose really.