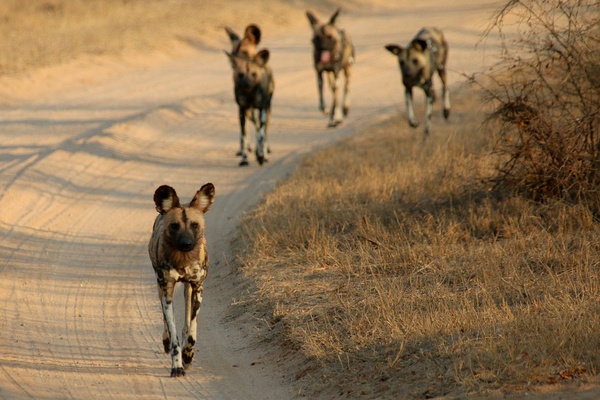 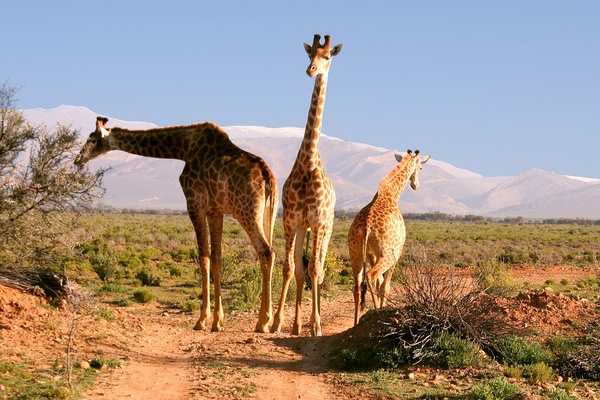 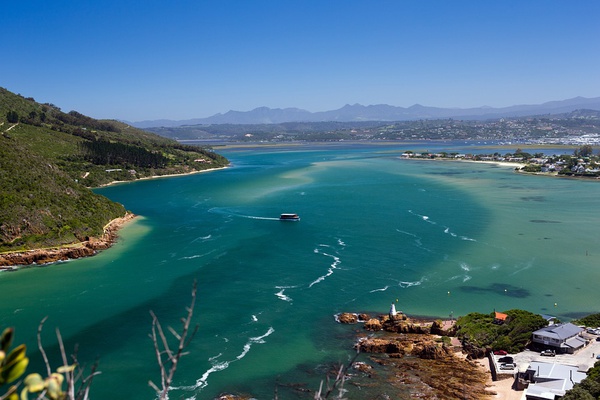 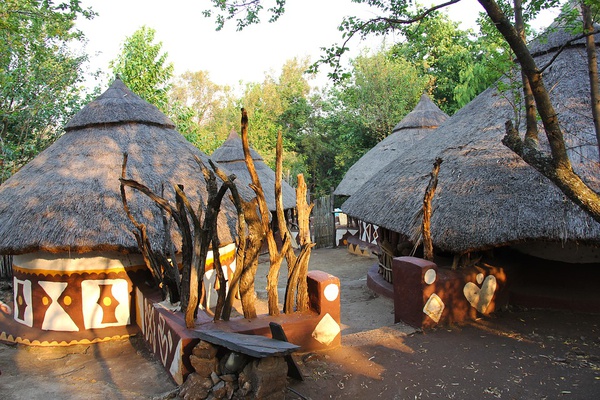 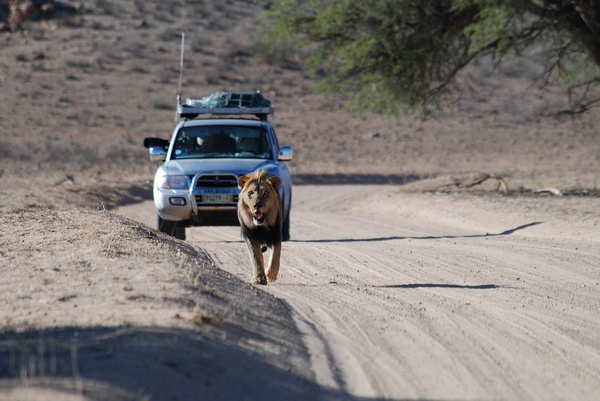 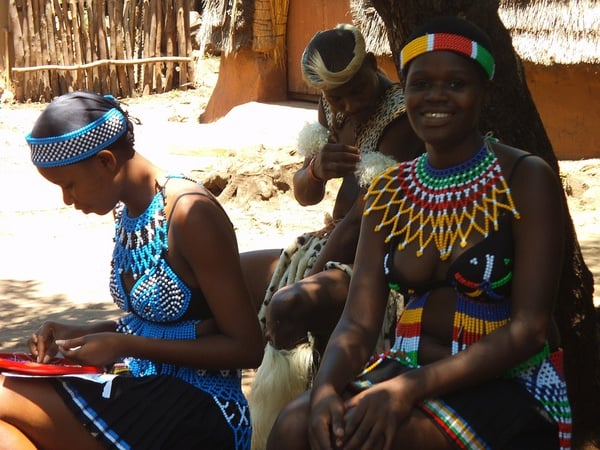 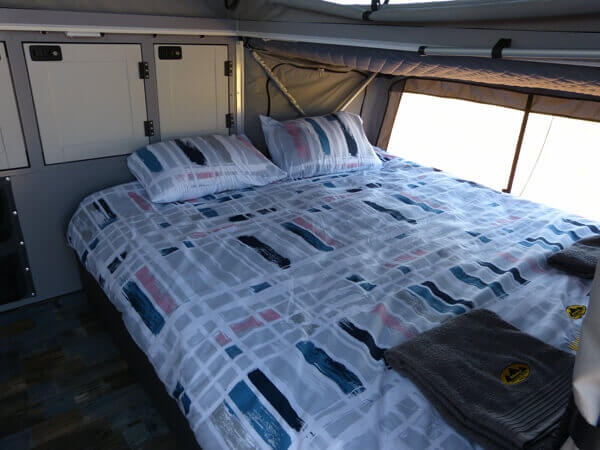 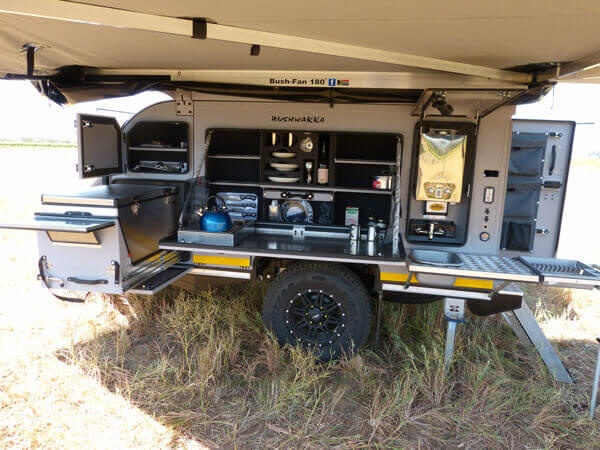 Ask for details by WhatsApp

Day 1,2 Cape Town to Knysna
Distance approx. 489 km; driving time approx. 5 hours
We will collect you from your hotel, accommodation in Cape Town or surroundings between 6 and 7 am in the morning on the day of departure where we will go have breakfast at a wine farm and get to know each other and just go through the trip details. Knysna probably from Khoisan word meaning "place of wood" or roughly "fern leaves") is a town with 68,659 inhabitants as of 2011 in the Western Cape Province of South Africa and is part of the Garden Route. It lies 34 degrees south of the equator, and is 55 kilometres east from the city of George on the N2 highway, and 33 kilometres west of the town of Plettenberg Bay on the same road.

Day 3 Knysna to Three Sisters
Distance approx. 354 km; driving time approx. 4,30 hours
We will collect you from your hotel, accommodation in Cape Town or surroundings between 6 and 7 am in the morning on the day of departure where we will go have breakfast at a wine farm and
get to know each other and just go through the trip details. After breakfast around 10 am we will depart for Three Sisters this will be our first night stop. The Three Sisters are a land formation near Victoria West, Northern Cape, comprising three distinctively shaped hills. The hills (or "koppies" as they are known locally) are topped with dolorite, and are nearly identical in appearance. They can be seen just to the east of the N1 highway, roughly 75 kilometres outside Beaufort West, north of the junction of the N1 and the N12 highways. Due to the open and mountainous Karoo scenery, the area has become a relatively well-known landmark.

Day 4 Three Sisters to Mattanu Private Game Reserve Barkly West
Distance approx. 469 km; driving time 5 hours
Mattanu is a Hebrew phrase meaning, “gift from above”. This is the underlying factor why we want to share Gods creation with everybody. This 4700 ha (11600 acres) Game Reserve, owned by the Kriek family, started in 1991 when the owner, Dr JC Kriek, originally from Zimbabwe,
imported 95 endangered Roan antelope and 65 rare Sable antelope species into South-Africa from Malawi. This is regarded by many as the most successful Game capturing and importation operation ever. Dr JC Kriek is also regarded by many as the pioneer for the breeding of
endangered antelope industry in Southern Africa. Ever since then more than 300 Roan, Sable and Disease-free Buffalo have been bred at Mattanu. Dr JC Kriek also wrote the protocol for the breeding of disease-free Buffalo and fittingly was the first private game rancher to receive
permission for the breeding of these Buffalo. The profit returns from the Malawi operation was used to purchase Mattanu Private Game Reserve, which was then a cattle farm, in 1990 and to date many millions have been spent in the development of the infrastructure and the reintroduction of numerous species. To date there are over 36 different animal species and approximately 700 animals on Mattanu. The Northern Cape is a very dry province and therefore not many diseases exist in this province. This is one of the main reasons way most of the animals breed so well and why the conservation of all our species are so positive. This is all worthwhile as Mattanu Private Game Reserve is not only a Game Ranch or a business, but a dream being realized and a passion of the whole Kriek family.

Day 5 Barkly West to Dinokeng Game Reserve
Distance approx. 607 km; driving time approx. 6 hours
The destruction of our environment, rampant pollution and the loss of natural resources has to be the biggest threat to humankind. Human encroachment into wilderness areas has led to habitat loss and the accelerated extinction of species. Conservationists around the globe are
fighting a battle for open ecosystems. These endeavours need universal support. While the human race continues to grow in numbers the struggle for the survival of our environment has to be supplemented with new models of conservation where people and nature exist in harmony.
The Dinokeng Game Reserve presents a rare opportunity to develop a model for future conservation. The DGR is unique in a sense that we are the only residential Big5 game reserve worldwide located within the boundaries of a metro city and just half an hour from the city
centre. We are pioneering a model where the Big5 roam freely and live in harmony with resident landowners. Conservation is no longer a sphere of ecologists, academics and unworldly wood gnomes. People around the world are increasingly becoming conservation conscious and seek to
be eco-friendly. These are the people that we seek to attract to our new conservation model. And since they share the same vision and belief, they will come back again and again to follow our achievements, to learn about our challenges and to find ways to adapt and use our example in
their own environments. Likewise, we will create increasing interest amongst researchers and scientist. We believe we can create an ecotourism destination without the negative side effects of mass tourism. Because conservation conscious tourists are the type of people that not only respect nature but are also curious about the culture and customs. This is a core prerequisite to prevent the clash between conservation and tourism in hotspots around the globe. A key spin off of our conservation model is that it creates opportunities for the adjacent communities, their
restaurants and shebeens, their crafters and cultural initiatives. All this has the potential to improve quality of life and to bring together our communities inside and outside the perimeter fence of the reserve. Tourism is by its nature, the most people intensive of all industry sectors. Nurturing of responsible tourism is surely the best means of creating sustainable jobs.

Day 6,7 Dinokeng Game Reserve to Mount Sheba Nature Reserve
Distance approx. 437 km; driving time approx. 5 hours
Included on day 2 of this stop over we also have a tour planed for you to explore the local aria of Pilgrims Rest, Gods Window viewpoint. Mount Sheba Nature Reserve is a long-standing nature reserve and resort set above the historic village of Pilgrim's Rest. It is considered one of
Mpumalanga's finest forest birding destinations. Mount Sheba is 1 100 ha in area. Its habitat includes dense Afromontane forest in its higher reaches. This gives way to protea-studded grasslands and dramatic cliffs and kloofs. Lower down the slopes are thorny thickets and river valleys, with waterfalls and swimmable pools. Birding and hiking are the main pursuits at Mount Sheba Nature Reserve. There are different hiking trails, ranging from short rambles to overnight hikes. The reserve is steeped in history and legend. You can see old wagon trails and gold diggings from the gold rush days in the early 1900s when this was a wild mountainside with the promise of fortune. The combination of forest and grassland means the reserve is home to a wide range of birds. The upper slopes of the reserve attract birds such as the African cuckoo hawk, forest canary, Africa emerald cuckoo, Cape eagle-owl, blue-mantled crested flycatcher
and Gurney's sugarbird. Other species found throughout the reserve include African crowned eagle, redwing francolin, cinnamon dove, Knysna lourie, bush blackcap, Barratt's warbler, bush shrike, red-necked spurfowl, lemon dove, narina trogon and Knysna touraco. When you’re walking or birding you may well spot mammals like oribi, klipspringer, samango monkeys and - if you’re lucky at night - the African wild cat.

Day 8,9,10,11,12,13 Mount Sheba Nature Reserve to Kruger National Park
Distance approx. 315 km; driving time approx. 5 hours
Here we will spend the next 6 day exploring this amazing national park staying in various camps also included will be a daily game drives and including 1 sunrise drive and 1-night drive. This enormous and magnificent park is one of the most popular public-entry game parks in the world. Its density of permanent game is unrivalled with hundreds of different species; 507 birds, 336 trees, 147 mammals, 114 reptiles, 49 fish and 34 amphibians! Few visitors leave South Africa without visiting the Kruger National Park or one of the private reserves along its borders, but it is also frequented by locals in their own vehicles, as you can drive yourself around and stay overnight in one of the many public rest camps. There are also a few exclusive private lodges that have been granted concessions within the Kruger National Park. The far north of the park
is the wildest and most difficult area to access and because of this, it has alluring qualities for the real adventurer. With greater ecological co-operation across African borders, several countries bordering South Africa have agreed to take down some fences, and those between
Kruger and Mozambique's Limpopo National Park and Zimbabwe's Gonarezhou, have been demolished to create the Greater Limpopo Trans frontier Park. This unique political innovation is creating a colossal wilderness area.

Day 14 Kruger National Park to Johannesburg
Distance time approx. 473 km; driving time approx. 6 hours
This marks the last day of our Safari together after breakfast your guide will pack up camp and you will head to Johannesburg where you will be dropped of at the International Airport

What’s Included
Registered guide fluent in English and German
All camping, park and safari fees as per itinerary
Breakfast and dinner daily
Selected beverages
All transport in a fully equipped 4x4 vehicle
Accommodation in an off-road caravan with double bed
Bedding and towels
Game drives
Fuel
Activities as per itinerary

No reviews yet.
Back to all adventures